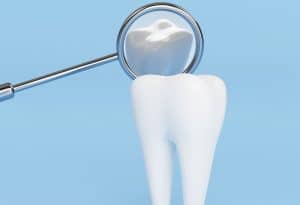 The most frequent need to visit the dentist is for routine checkups and cleanings, which are designed to help you prevent most dental concerns from developing. However, when a problem does develop, it’s most often tooth decay, which is the condition that causes a cavity to form. Because of this, tooth fillings are one of the more frequent dental treatments besides preventive dental appointments. Today, modern dental fillings have advanced in several important ways than the restorations that many people may still be used to.

From metal to not metal

Traditional dental fillings from just a few years ago were typically crafted from a mixture of trace metals, known as metal amalgam. Metal fillings were popular because they treated cavities, but not appreciated as much due to their highly conspicuous appearance. For some patients, metal fillings were not even an option, as existing medical conditions or allergies to metal prevented them from receiving one. Today, however, increasingly more tooth fillings are crafted from metal-free composite resin, which consists instead of highly biocompatible, finely ground acrylic and quartz-like particles.

From obvious to discreet

The main benefit to taking metal out of modern fillings is the fact that more people can receive a filling to treat their cavities in their early stages. This includes people with allergies to metals, as well as pregnant women and people with existing medical conditions. However, the more immediately obvious advantage is the fact that, without metal, composite resin fillings can be crafted to blend in with the appearance of the teeth that they restore. Composite resin is customizable, which allows your dentist to tint your filling to match the unique color and shade of your tooth. This can create a highly cosmetic result that makes your restoration virtually undetectable.

From restorative to preventive

The point of placing a tooth filling within a cavity is to restore the tooth’s structure and stop the decay behind the cavity from progressing further. While metal fillings could accomplish this to some degree, they can often fail in their goals by changing shape over time and leaving the tooth vulnerable to further infection or structural damage. With composite resin fillings, the goal of your treatment is as much preventive as it is restorative. In addition to restoring the tooth, the composite resin creates a stable, biocompatible seal within your tooth’s cavity that stops oral bacteria from entering it again. The resin also retains its shape for years after being placed, and because it doesn’t pose the same risks to your teeth as metal amalgam, it can more effectively prevent your tooth from suffering further complications.

Today’s tooth fillings have become far more advanced than their predecessors, particularly in their overall level of biocompatibility. To learn more, call our Cleveland Family Dentistry office in Cleveland, TX, today at (281) 592-1234. We also serve the residents of Kingwood, Conroe, Livingston, and all surrounding communities.